Many of you will now be familiar with the DINKED series of releases that was launched a short while back. Basically, it is an initiative developed by a few like-minded record shops to produce deluxe / exclusive / alternate vinyl editions of some of the hottest, or soon-to-be-hot new releases.

The latest one has been announced this week for release on 1st March 2019. It is the new album by SNAPPED ANKLES. Their debut album , 'Come Play The Trees' caused quite a stir and 'Stunning Luxury' develops on it with a mass of motorik / post-punk / Can / Fall / acid-house clatter. You can hear the a track from it below, as well as details of how to order the DINKED and all other versions of the album. 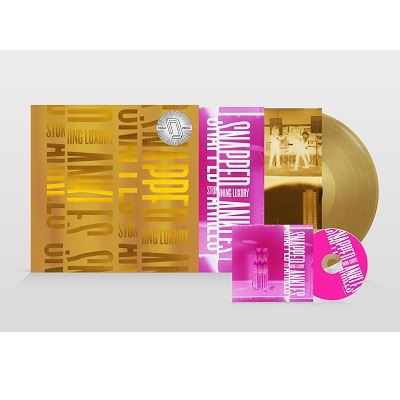