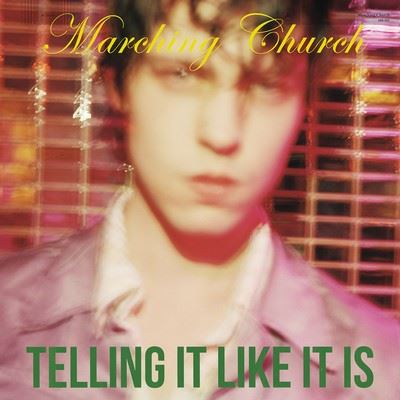 For Telling It Like It Is, Rønnenfelt and his bandmates have foregone much of their past proclivity for wild stylistic swings in favor of thematically unified, complicated, but fundamentally cohesive song arrangements; the studio itself at times acting as an auxiliary band member. The result is the most focused vision of Marching Church yet, but one that has lost none of its swagger, and none of its power to enthrall.“We have here one world united under the sparks of one enormous disco ball hanging over us like the moon,” Rønnenfelt elaborates. “In one fleeting moment in the light of its mirrored surface we see human endurance, in the next we see doom.” The light and shade he finds in this worldview permeate the songs on Telling It Like It Is. Rønnenfelt describes the new work “an album which raises multiple flags,” and “the sound of individualism stuck in the center of the modern world, swimming with and against the current.”

Rønnenfelt's proclivity towards the mainstream is openly explicit in his latest Marching Church LP... Embracing the worlds of soul, R'n'B, pop and avant-jazz - the album showcases a rife intellectualism and clear push towards the public sphere. A pointedly direct, yet complex achievement. He's here to stay. If you haven't, do.